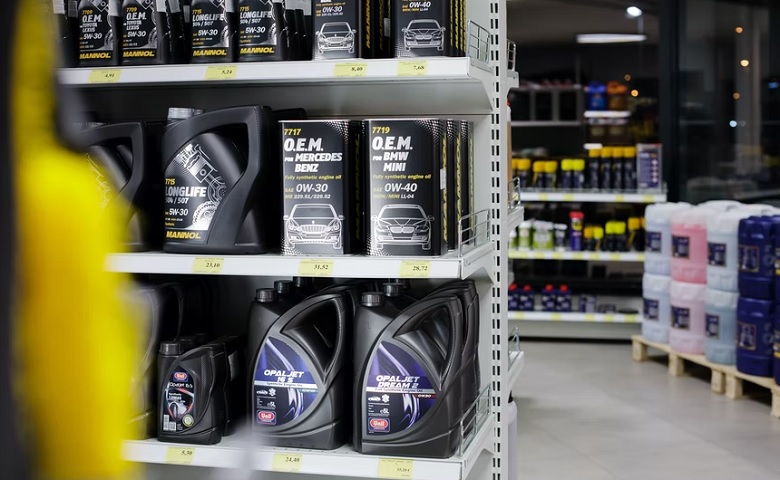 The viscosity of the oil should be your first priority when choosing oil for your engine components (usually written in a format like 5W-30). The owner’s handbook for your car is also your finest resource for choosing an engine oil. From this article, we will provide a quick guide for you on how to select the best engine oil that is available out there for your car.

The most important aspect is engine oil viscosity, which is also known as oil weight and has a format like “5W-30.” The capacity of an oil to flow at various temperatures is represented by its viscosity. Engine oil thins as it becomes hot and thickens as it gets cold.

A better lubricating coating between the moving engine components is often provided by thicker oil. However, as the engine requires more power to move its components, the excessive thickness might make it difficult to start the automobile and decrease fuel efficiency. Although thinner oil could flow more easily, it might not provide adequate security for important moving parts. To lessen their propensity to thicken or thin with temperature changes, motor oils may include additives. Additionally, additives provide functions like foam inhibitors.

A broad range of operating temperatures may be accommodated by modern engine oils. Certain oil grades do perform better in certain circumstances, however. Oils that can withstand extreme thinning (such 10W-40) may be needed in hotter locations, while an oil that won’t readily thicken at low temperatures may be needed in colder climes (like 5W-30). From summer to winter, you may also need to replace the oil in your engine.

Rugged driving situations, such as off-roading or hauling, put extra strain on the engine oil, necessitating more frequent oil changes. This may need the use of engine oil with additives that assist minimize engine friction under hot conditions and heavy loads.

Short excursions of less than 15 minutes may prevent your engine from continuously reaching its optimum working temperature, which prevents water condensation from evaporating and causes sludge buildup. In this situation, you could want engine oil additives that stop the production of sludge.

Thinner oil is generally required in newer vehicles with multi-valve, high-rev engines to minimize damage at startup. On the other hand, an older engine in a vintage vehicle probably needs a heavier oil to maintain proper oil pressure between worn engine components. The fundamentals of determining what kind of oil your automobile requires have been covered.

What Do Ratings for Motor Oil Viscosity Mean?

The fluidity and performance of motor oil at both high and low temperatures are indicated by the SAE (Society of Automotive Engineers) viscosity rating, often known as the viscosity grade. The standard format will be similar to 5W-30.

Typically, the first digit before the W (which stands for Winter) denotes the thickness of the oil at 0OF (-17.8OC). Lower values indicate that the oil flows more freely at colder temperatures. For instance, 0W-20 may flow more easily in colder conditions than 10W-30.

The second value, which is typically rated at 212OF, shows the oil’s qualities at operating temperatures (100OC). The resistance of the automobile oil to thinning increases as this second value increases. For instance, 10W-40 is thicker than 10W-30 at higher temperatures. Viscosity ratings are applicable to both conventional and synthetic motor oils. And the 5W-30 or 10W-30 oil is the one you’ll most often see in current automobiles.

What Do the Labels on Motor Oil Mean?

The API (American Petroleum Institute) donut and the API starburst symbol are often seen on the bottles of reliable engine oils.

The API donut ought to show:

The most recent service standards from API are “CK-4” for diesel engines and “SP” for gasoline (petrol) engines. A motor oil with an API service grade of “SG” may be sufficient for an older engine, whilst “SP” may be required for a modern vehicle.

The engine oil has passed the service tests outlined in the API donut, according to the API starburst sign. An oil that claims to “meet” an API service standard differs from one that has been registered and put through testing to assure compliance.

What Kinds of Motor Oil Are There?

A base oil and additives are the components of motor oils. Base oils, which generally make up 70–90% of engine oil, are produced from crude oil or natural gas. Sinopec says the remaining 10–30% are made up of additives, which have a variety of jobs to do, such maximizing oil usage and preventing corrosion in the engine. On shop shelves, you’ll commonly find the following four kinds of motor oil:

The least expensive sort of engine oil is conventional motor oil, which is made from refined crude oil. It is also known as organic oil or mineral oil. It works well for light-duty, more recent vehicles with straightforward engines and low to medium mileage.

It is recommended to undergo a conventional oil change every 4,000 miles or 4 months since conventional oil deteriorates more quickly than other kinds. Alternately, if your car has an oil-change indication, follow its instructions and be sure to replace the oil filter as well.

Higher viscosity levels, resistance to oxidation, thermal breakdown, and oil sludge formation are all features of synthetic motor oil, which also has better fuel economy. High-performance cars that need a lot of lubrication might benefit from synthetic oil. It may be 2-4 times more expensive than regular oil, however.

You will still need a synthetic oil change, typically every 7,500 to 10,000 miles, despite its better performance. Follow the manufacturer’s advice or pay close attention to your oil-change indication.

Now you have a clear idea of how to select the best engine oil for your car. Stick to these tips and make sure that you get hold of the best option available out there. 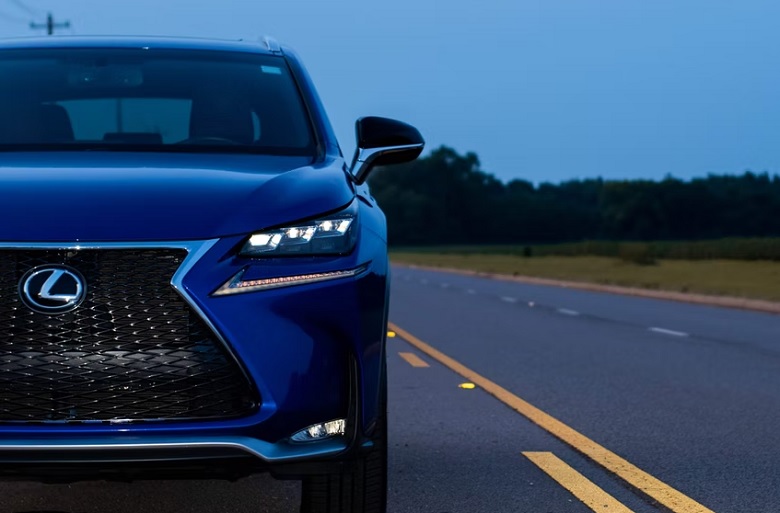 Want to sell your car?  We all know selling your car sometimes becomes a most difficult task. We all want the best price for our used cars. It is very stressful, to get the right estimation and get the right buyer. If you also want to sell a used car, we are here to help…. 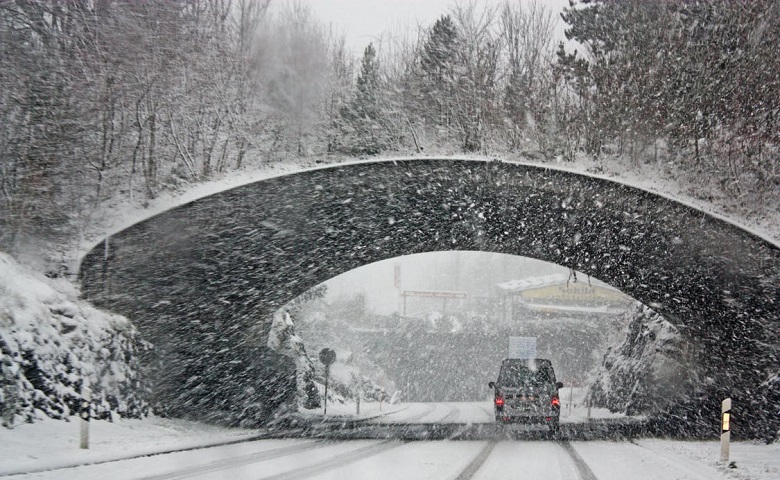 Precautions to be taken while driving in winter

Do you like winter? To walk out in the snow? It’s winter time in many parts of the world right now, and it’s nice to see towns, cities and roads, all covered in snow. Although it can be a dangerous time as much as necessary, going with a vehicle in the event of snow falling… 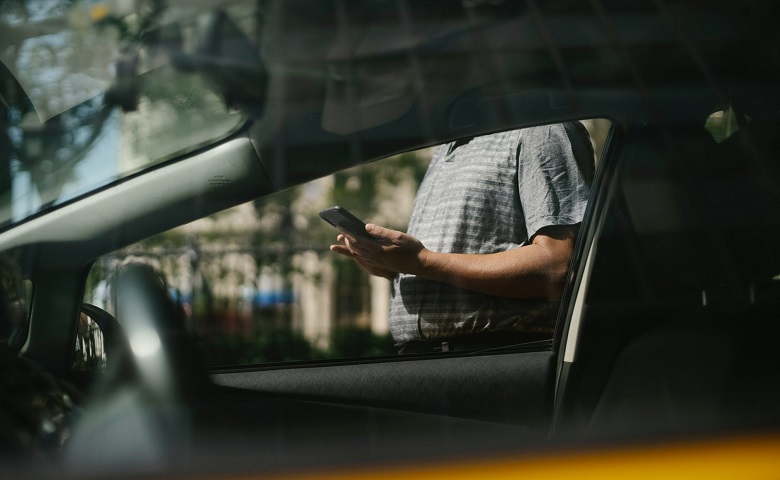